In this video, you will learn how End-User Experience Performance Data from the 2 Steps synthetic tests can be viewed in Splunk. 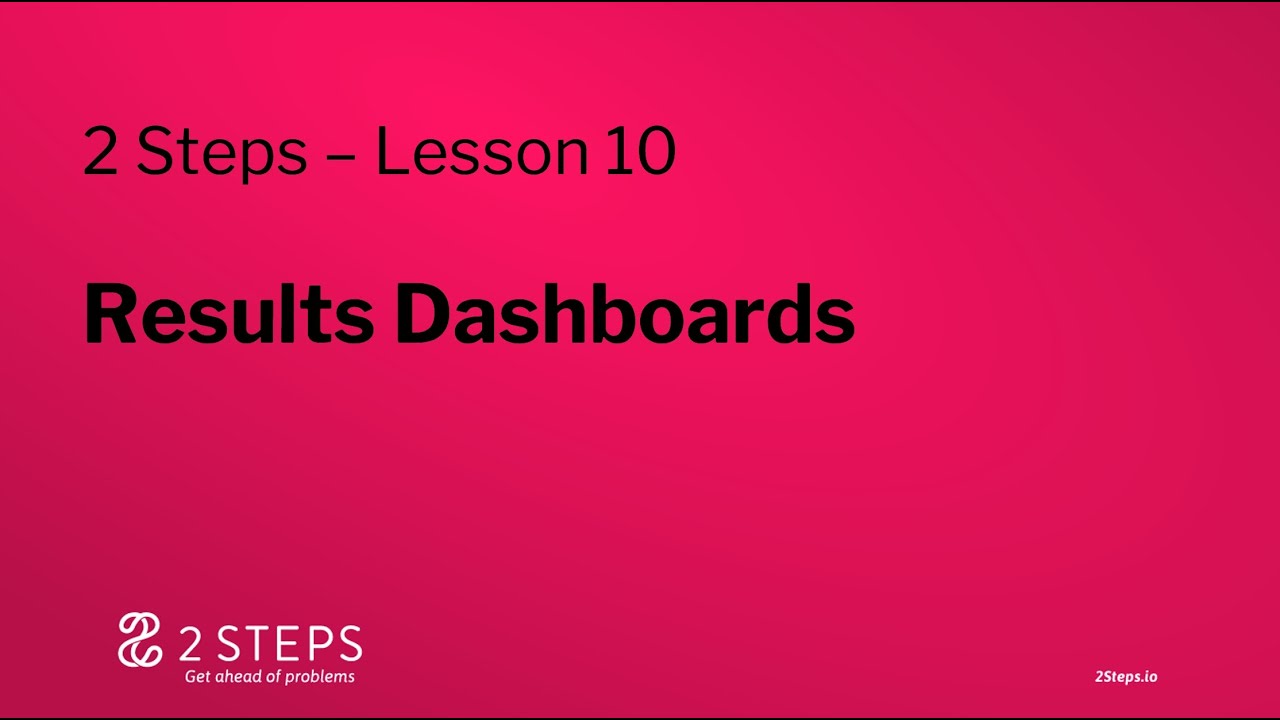 In this video, I'm going to be giving you a quick overview of the results page in 2 Steps. This is the first view you'll see when you open the 2 Steps app in Splunk, and it's where you can view and analyze the results of all of the scheduled tests. Now, this is just a static Splunk dashboard. So if you're familiar with Splunk, you won't find anything too surprising. And of course, because it's standard Splunk, you can customize this to your heart's content. If you want to create new visualizations, you're totally free to do that. What I'm showing you is just what comes out of the box with the 2 Steps app. At the top here, you have the filter controls, which allow you to narrow the search results by time range and result. I could, for example, filter to just see the failed tests. And I also can select the individual tests that I want to drill down on. And we have the application service levels, which show the percentage of the tests that are passing and failing. And you can see that two of my tests here have had issues in the selected time range.

And below that, we have the current status, which shows us the status of the most recent run. I can see that when that when the last run was on this case, five minutes ago and the run time, which was 33 seconds and the status, which was okay. And finally, below that we have the individual test runs and their statuses for the test type that I've selected up here. So that's our overview display, which is what, which is what you see when you open the application. Along here, I have a range of other reports that I can check out. So, this is the checkpoint performance over time. So I've got three checkpoints in this test and each of these lines represents the time taken for that particular checkpoint. I also have a total performance graph, which shows the same information as the other graph that I just showed you, except for the checkpoint time is a stack (graph).

You see the total time taken for each individual test. Next up, I have a video replay. Now that's only typically recorded for runs that fail. So, I would need to select one of these failed tests in order to see that. I'll come back to that later. I have a checkpoint waterfall display, so that's per test run. So when I select one of these test runs down here, I can say the status of the check point. In this case, you can see that the search products checkpoint exceeded the 30-second mark, which is the warning threshold. And we also have the network timings, which shows me the load time for individual network resources, which obviously only applies to web tests. You can see here, for example - quite an obvious issue - which is that one particular file is taking 10 seconds to load. So that would be useful information if I was the owner of this site. And finally, I'll have the raw data which is helpful if you want to create your own visualizations.

Okay. So we saw that our test was failing about 15% of the time, and I'd like to understand why. So I'm going to select one of the failed tests, just taking one at random here. And that takes us to the video replay and select play there. Now you can see that the error messages, checkpoint 'search products' timed out at step three, wait for 'popular searches this week'. So that gives us some more information about what's going on. You can see the 2 Steps has clicked inside this search control, but then nothing seems to happen after that.

So, if I actually take a look at the test itself and I go to step three, which is a step that failed, you can see in the preview there that it's looking for that 'popular searches' dropdown and that never appeared, even though the search control did receive a focus. So that does appear to be a genuine issue. And that's something that I would want to look at. If this was a site I was managing, I should make it clear that I'm not that I'm using this site purely for demonstration purposes. So this is all theoretical. What I hope I have shown you is how you can use the analytical tools here to proactively identify issues in your applications without waiting for customer feedback. If the problem we've just seen is something that's affecting actual visitors. It's unlikely that that information is getting back to the business because it's probably not a big enough problem for visitors to report. Nonetheless, it's something that you would want to know about as the site owner. So that's it. Please check out our other videos in this series to learn more about 2 Steps.

Ready to get started?