Learn how to add checkpoints to your synthetic monitoring tests with 2 Steps and Splunk. Adjust timing values for warnings and failures to ensure you are notified when application performance degrades. 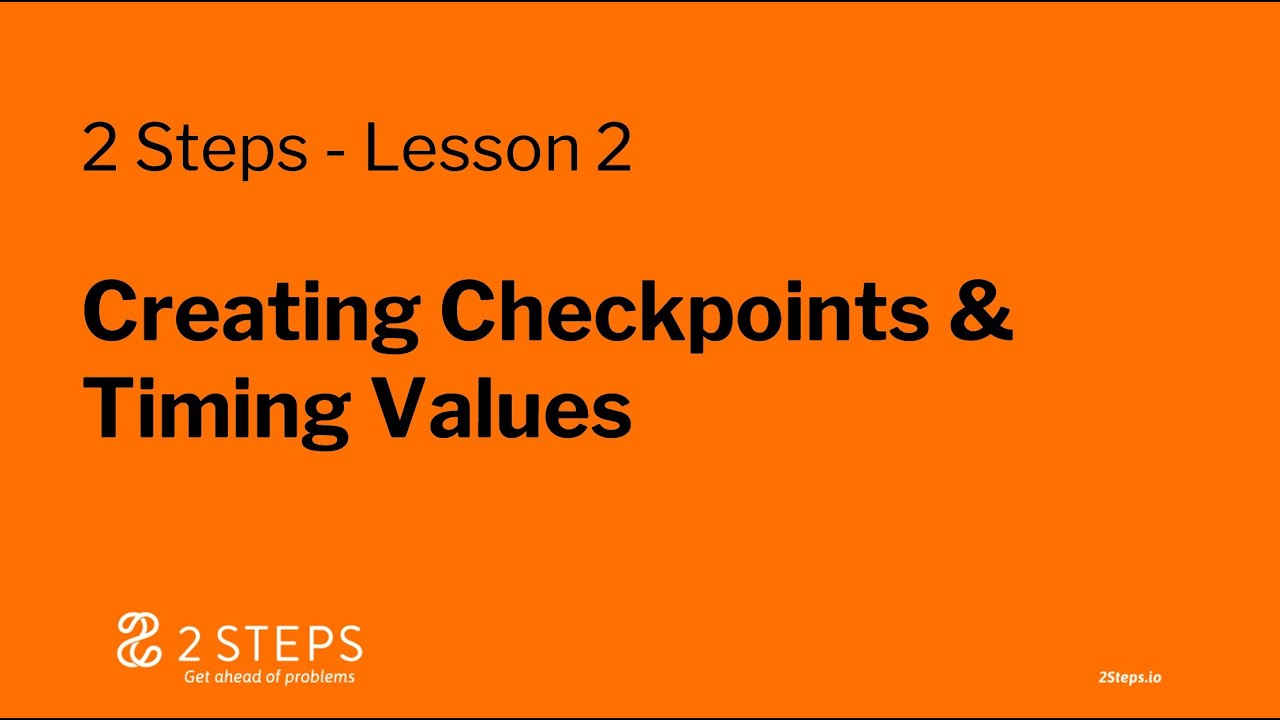 (00:01):
Hi. So in this video, I'm going to be taking you through checkpoints and timing values in 2 Steps tests. And I've loaded up a test that I recorded earlier in another video, which is a website automation of the Bureau of meteorology. I'm going to play that. And as the test runs, you'll notice that there are these two stop watches that are running this one up here is the total time taken on the test. And this one down here is the time on the checkpoint.

Now every test in 2 Steps has to have at least one checkpoint and by default is just called end, but we can just click on that and change it to whatever we think is appropriate. If we want to basically checkpoints collections of commands, meaningful collections of commands. So for example, if you have an application which has a login and then it has a search functionality, for example, you might have two checkpoints, one for the log-in part and another part for the search.

(01:12):
In this case, my test was basically divided into a part where I was looking at the writing radar, and then the part where I searched for, I did a search on the website. So that would be a logical way to divide the test up into check points. And what I can do in order to add check point is I can go in here and you'll see when I hover over the clock, these little commands open up and it's got a flag there, but I click on the flag. It creates this checkpoint after the command, and then I can give it a sensible name. And this one of cool search because that was focused on the search function.

(02:11):
Now, when I replayed the test, you'll notice that this stop watch starts and runs for as long as we're inside that checkpoint, then the next one starts up. And so we see a seven second venue for the first checkpoint, four seconds for the second and a total of 11 seconds. Now, if I hover at this, you'll notice that that checkpoint is now an orange. And when I hover over it, it says time to complete exceeded, exceeded one in threshold. And there were the two numbers after that, 10 20, and those are the warning and timeout thresholds that I set when I created this test. It says double-click to set suggested thresholds.

So if double click, which I will do it sets, resets the warning and the timeout thresholds to be something sensible for them for the time that I've recorded for this for this particular run.

(03:13):
So that's, it's reset those to 18 seconds and 36 seconds. I don't have to accept those. I can go in. And if I think that I want to increase that and I could say change this to 15 and 20 seconds. For example, if I thought that's likely to be reasonable values, the sign applies to these individual checkpoints.

The default timing for that two steps creates for a threshold for a checkpoint is 30 seconds for the warning and 60 for the time. And that will often be too long. So I'm going to reset that, given that say seven seconds there, I'll set a warning time of say 10 seconds and a timeout of 15, this one only took four seconds.

Okay. And I'll just run through one more time. Give me an idea of where the, what the standard whether what I saw before was this typical run through time. So I had 11 seconds before got 10 seconds this time.

So this is a pretty good value. And I would, then I'm happy then decide that. And when I schedule my test, any test runs that exceed the warning time on any of the thresholds or on the test over a role will show up in your results. And if the test exceeds any time, that value one on a checkpoint or on the test as a whole, it will time out and the test will fail.

Ready to get started?